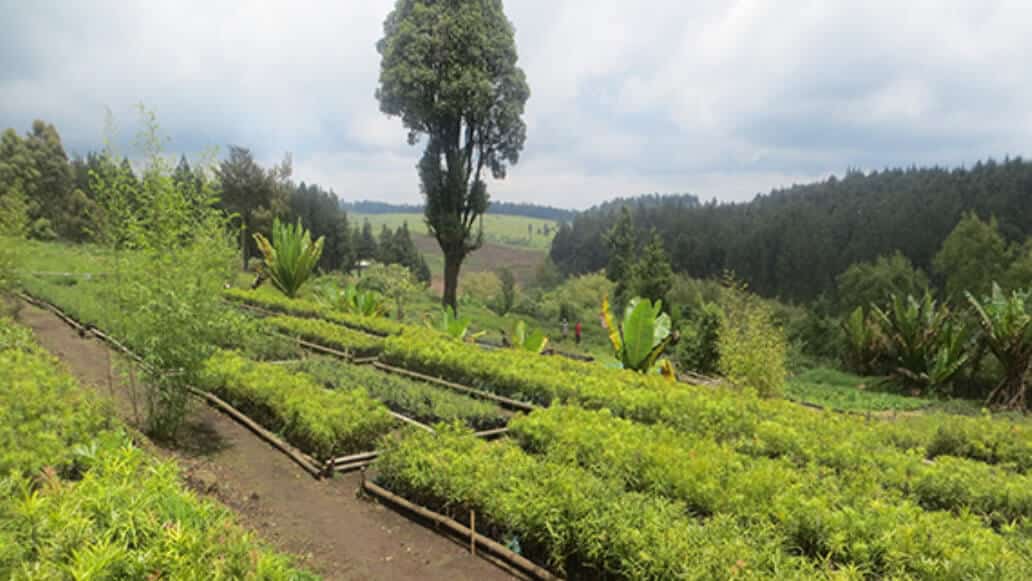 The environment is an increasingly important issue in Kenya’s development agenda. Many Kenyan communities rely directly on natural resources surrounding their localities to generate goods and services for consumption as well as income generation. With only 16% of arable land (medium to high potential) and 75% of the workforce engaged in agriculture, the Kenyan people face growing problems of soil erosion, deforestation, climate change and variability, water pollution and desertification. Though these problems are interconnected, deforestation and loss of tree cover through destruction of natural habitats is the most severe. By the time of Kenya’s independence in 1963, the forest cover was 11% but over-exploitation during the past five decades has reduced the country’s forest cover to just over 1.7%. However, due to improved forest protection and other recent initiatives, the forest cover is now about 6 %, which is still short of the recommended target of 10%. This reduction of forest cover has seriously aggravated the loss of biodiversity, soil erosion, degradation of water catchments leading to drying up of rivers and streams and also reduced agricultural productivity

In order to contribute to afforestation, REXE Roofing Products Ltd in collaboration with the African Biodiversit Conservation and Innovations Centre (ABCIC) are initiating a tree planting project in Kajiado County. The project is focusing initially on two schools one primary and one secondary school. The lessons learnt will be used to upscale the project to the rest of the County and later involve more companies in the building and construction industry.

The outputs, impacts and environmental benefits of the project are the following:

next
Rhino Charge Kenya - Save The Rhino Initiative

RT @KEBS_ke: The #KQA will provide a system by which SMEs develop and implement quality systems that will result in effective operations, s…